Today is the day the stitches come out.  Not something I was looking forward to but something which has to happen before the skin grows over the stitches and the nurses have to dig out the stitches. Early preparation means … Continue reading →

G’Day folks, I had the dressings changed yesterday, Monday 20th March, so there are some progress images for your viewing pleasure. I had a different nurse this time but the one who did the first unveiling after the surgery was … Continue reading →

OK, this is a bit gross.  Do not look further if you have a weak stomach. This is what I got to see when they removed the bandages today, Thursday. The surgery was done on Sunday morning.  I left the … Continue reading →

Hello to all who read this.

This post is not one of my normal Internet Marketing or progress reports on the program but a warning about using power tools.

This weekend I was working with my wife and eldest son at his house clearing up the aftermath of the recent storms. 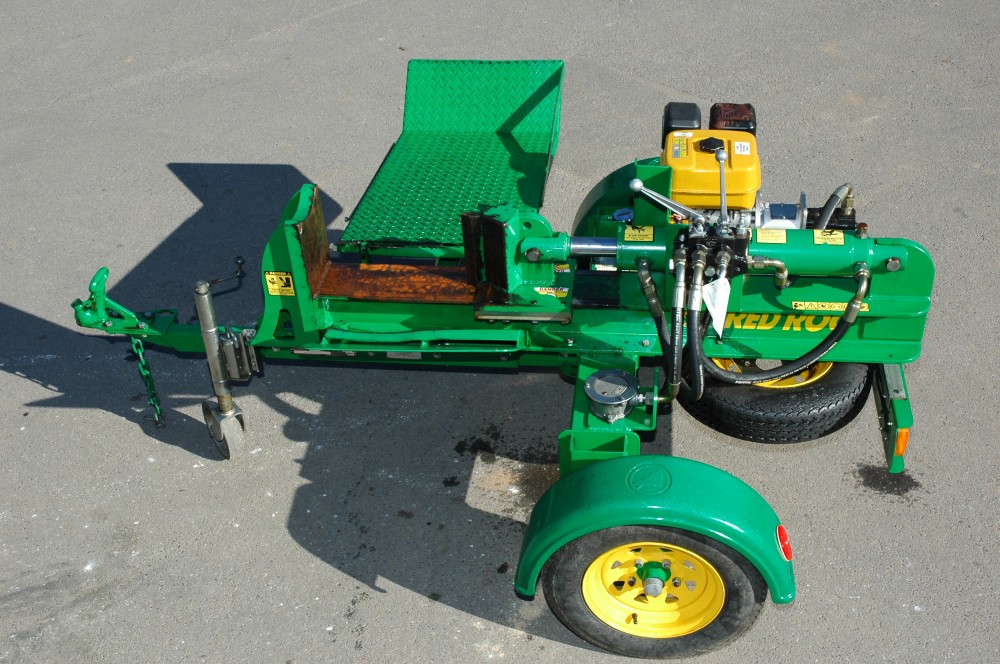 One of his trees had to be cut down and we were splitting the wood with a hydraulic wood splitter.  These are amazingly effective at splitting pretty much any size log.

We had been working steadily for a couple of hours with a lunch break and had become comfortable with the operation of the equipment but had also become a little complacent with regards the safe operation of the machine.

Both Matt and myself had had a couple of near misses.  Both of us had caught the tip of a glove in some timber movement but neither of us had stopped to think about what that really meant and what could have happened.

Both times we had those near misses it was because we were using the equipment incorrectly.  Some of the logs were too long to go on the splitting deck grain onto the blade so we had begun putting them in sideways and cutting across the grain to shorten them first.

Because the blade didn't go all the way to the back plate we also were putting a block of wood behind the logs, this was the biggest mistake.  During the cutting motion somtimes one or more pieces of wood would ride up and these were the bits which caught the glove tips.

This is what caught me.  I got two fingers caught between a piece of wood and the backing plate.  Mainly because I wasn't watching what my left hand was doing.  The automatic reaction to getting a finger wedged against something is to pull your hand away, which I did.  Unfortunately I left a couple of bits of finger and two nails behind when I did that.

They were left in the glove I was wearing.  I don't have any gory photos to show you but it was very bloody and I could see bone through the mangled finger tips.  Yes it did hurt, a lot, I did say a string of rude words.

I am very greatful to the SA Ambulance crew who were very professional and all the Flinders Hospital staff who also were on top of their game and did their jobs with professional efficiency but were also very compassionate and caring.

To the plastic surgery team, I'll have a better idea of how well you did your job on Thursday when I get the finger reveal but it seems that you also deserve my gratitude.

I take all responsibility for this injury.  It was entirely my mistake and could have been easily avoided.  This post is just to make anyone who wants to use any power tool think a little about what they are doing, use the tool correctly and watch what both hands are doing.

I have now added a private post to this blog with photos of the repaired injury to my fingers.  I don't have any of the initial trauma, yet, but I will post them if I can get a copy.

There is a warning here, if you don't want to see these images don't click the link.

Thursday at FMC and the Sunday after - Day 53